Space for Water in Beykoz 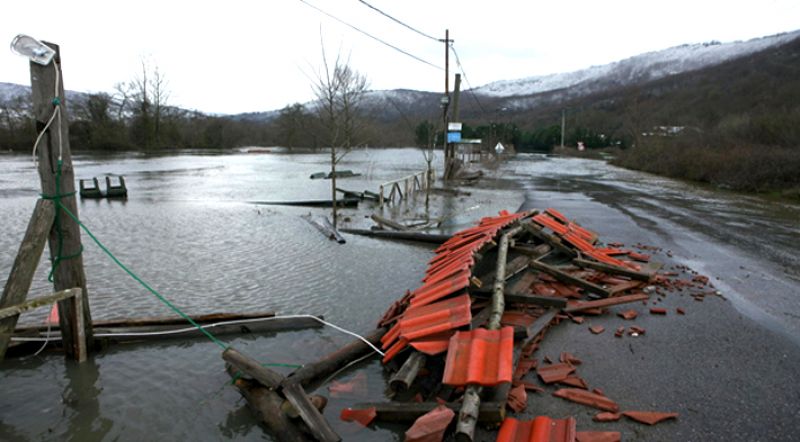 The first results of the IABR Atelier Istanbul II will be presented at IABR–2014–URBAN BY NATURE– in Rotterdam. But more important, the next phase of the project can now begin: the development of a Master Plan for the integral regional development of the Riva basin.

BEYKOZ
Beykoz is a still very green municipality located in the Asian half of the metropolis of Istanbul, up in the north where the Black Sea flows into the Bosporus.
The Riva Caddesi, the river that flows through Beykoz before it reaches the Black Sea, floods on a regular basis often causing serious distress. The necessary canalization of the Riva Caddesi will protect the valley from flooding, but it will also have an impact on the rural quality and economical potential of this unique area in the green northern belt of the metropolis. 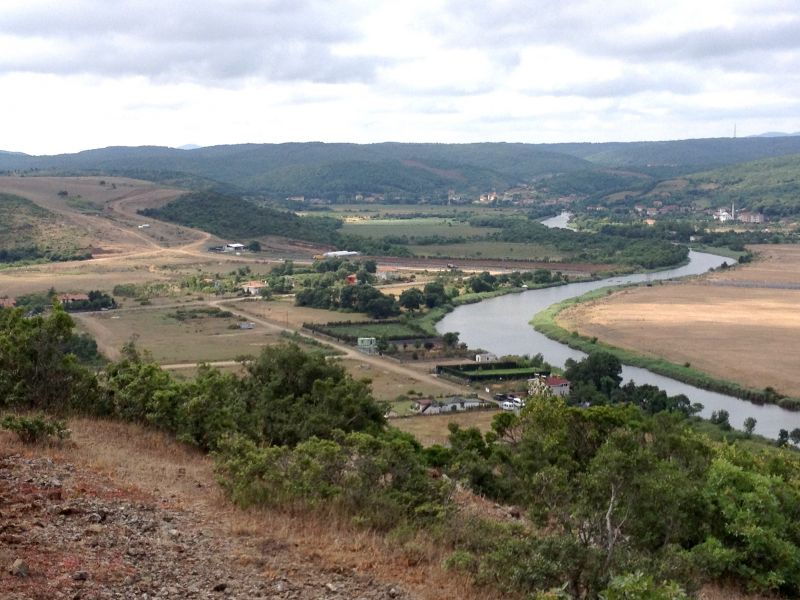 The Riva in Beykoz

The search for an alternative solution
Looking for an alternative solution to what was being proposed by the central authorities ­–a 17 kilometer long concrete reservoir that would run straight through a superb landscape and that would destroy its potential– and inspired by the results of the IABR Atelier Istanbul in Arnavutköy, the associated stakeholders contacted the IABR and asked whether the two design offices that are currently working in Arnavutköy, H+N+S Landscape architects from Holland and 51N4E from Belgium, would want to lead the search for an alternative approach to the situation in Beykoz. 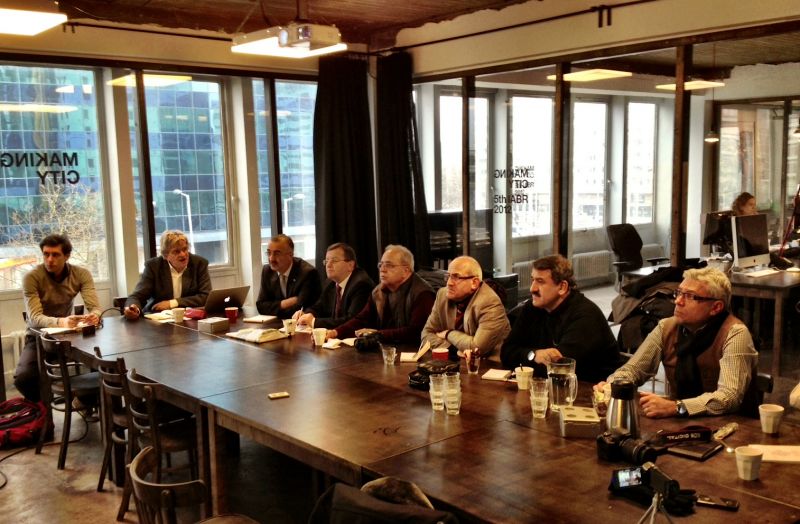 Delegation from Beykoz at IABR

After mutual exploration and field trips to Beykoz and Holland, where the Dutch Room for the River Program especially impressed the Turks, the decision to collaborate was made in June 2013. The Beykoz Riva Tourism Development and Investors Association, a union of local entrepreneurs in which the municipality is represented, signed an agreement with the IABR. The Atelier Istanbul II, led by H+N+S, will do a quick scan to start up the project and will successively develop both a comprehensive strategic vision for the area and a number of pilot projects, all of which will be exhibited at IABR–2014–URBAN BY NATURE and will be implemented afterward by the Municipality of Beykoz.

Towards integral area development in Turkey
H+N+S has been commissioned to once again collaborate with 51N4E to develop an alternative integral plan, in which water safety is a priority but in which the revitalization of the adjacent agricultural areas, the development of the ecological and leisure tourism agendas, and new plans for urbanization along the shores of the river with a marina on the Black Sea, are to be incorporated.
The first workshop, on July 3 and 4, in which the DSI, the Turkish State Water Works Authority, actively participated, proved to be very productive. The outlines for the integral area development of Landscape Park Beykoz were agreed upon, and the foundation has been led for a unique project, matching with the IABR Atelier Istanbul project in Arnavutköy on the other side of the Bosporus, and thus once again introducing the integral area development approach in Turkey. 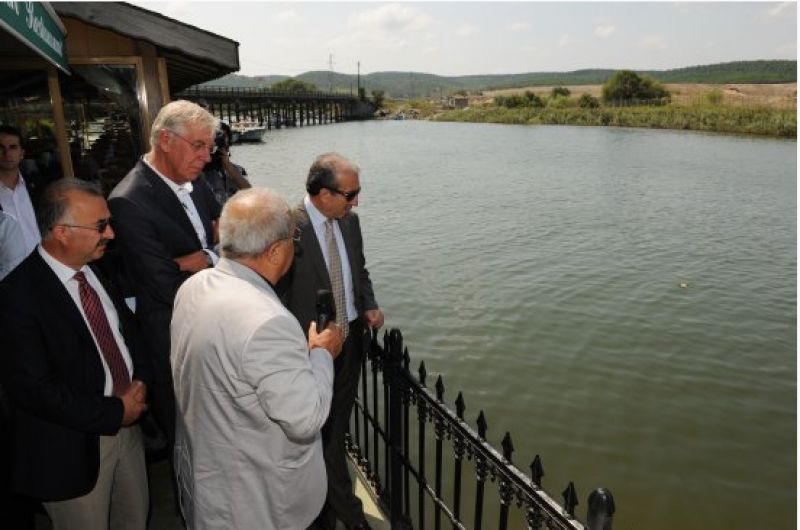 The Turkish Minister of Agriculture visited Beykoz in the Summer and welcomed this new approach to solving water safety problems, especially as agriculture would benefit.

In September H+N+S presented the Quick Scan, the basis for an intensive process of exchange with Turkish water specialists. On 13 January 2014 the final presentation was successfully given to the Directore of Water in Ankara after which all the lights were set to green.

GREEN LUNG
Besides securing water safety the Quick Scan proposes an important step towards the successful implementation of integral regional development. Besides taming the Riva the plan creates space for agriculture and for urban development projects, and it furthers the ecological agenda. The tourist economy can profit from the presence of water and nature, and the area can become the green lung of the Istanbul metropolis, offering recreational facilities to the city's inhabitants. 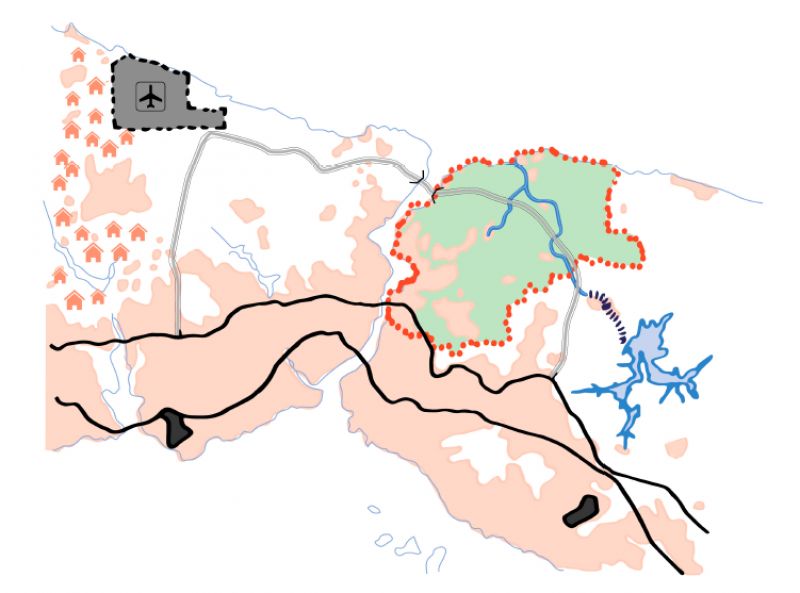 The first results of the IABR Atelier Istanbul II, led by H+N+S Landscape architects in collaboration with 51N4E and Zeki Baran, will be presented at IABR–2014–URBAN BY NATURE– in Rotterdam. But the most important is that the next phase of the project, in which H+N+S will collaborate closely with Turkish partners, can now begin: the development of a Master Plan for the integral regional development of the Riva basin.