In addition to the results of the IABR–Atelier Drought in the Delta, four exemplary Dutch projects were selected for presentation in the exhibition DOWN TO EARTH: DROOGTE IN THE DELTA. They explore concrete solutions that can be deployed in the Netherlands and elsewhere for retention and use of fresh water: OASTAR, Panorama Waterland, Watermosaic Groene Hart and Sponstuin. 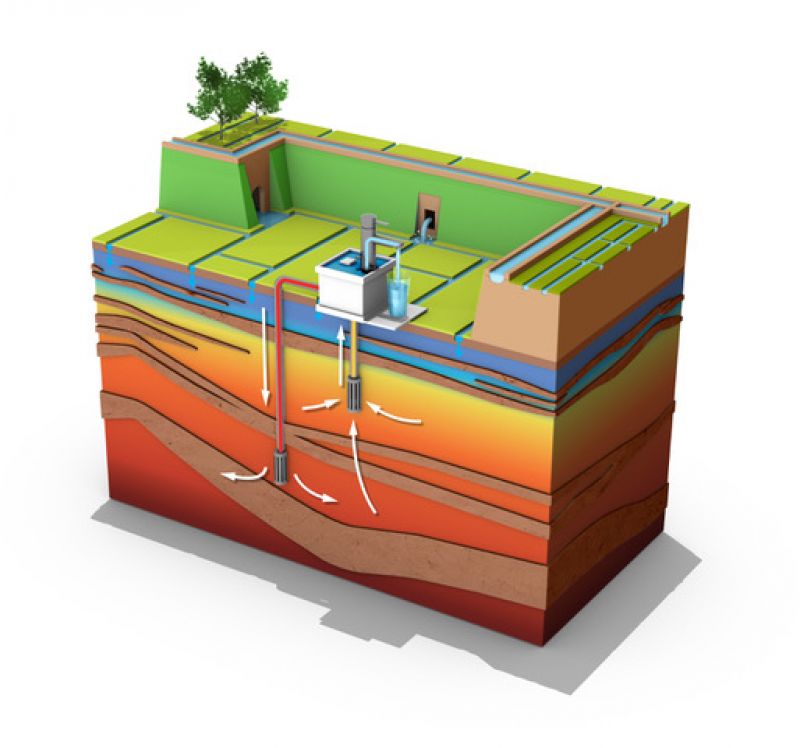 Sustainable freshwater supply through smart use of the subsurface

In the Netherlands, demand for fresh water has increased considerably. Opportunely, new techniques and insights offer prospects for new solutions. The COASTAR approach is one example: create a robust freshwater supply through the large-scale, organized and smart use of the subsurface for the storage and supply of fresh water. COASTAR interventions have been explored in four locations in Zuid-Holland. The next steps are pilot projects and eventually implementation. Thus, a valuable set of instruments is being developed that can be employed in other regions in the Netherlands as well as in coastal areas world wide. 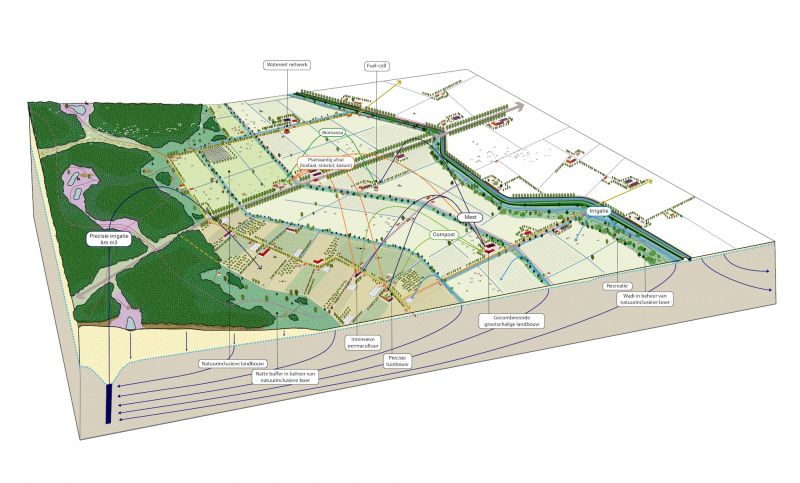 Panorama Waterland as a driver for the agricultural and energy transition

Water company Vitens is faced with the challenge, now and in the future, of providing 5.7 million customers in the (north)eastern part of the Netherlands with sufficient drinking water. Now, in 2020, the third extremely dry year in a row in the Netherlands, it is clear that the current water system is reaching its limits and that new perspectives will have to be explored. In collaboration with landscape architects and other partners, a spatial concept is being investigated that takes the retention of the available water as its starting point. The water system and soil determine the spatial design and land use: areas are approached as eternal, clean sources of water. To test the principles of Panorama Waterland, the Sallandse Heuvelrug was used as an exemplary test case. 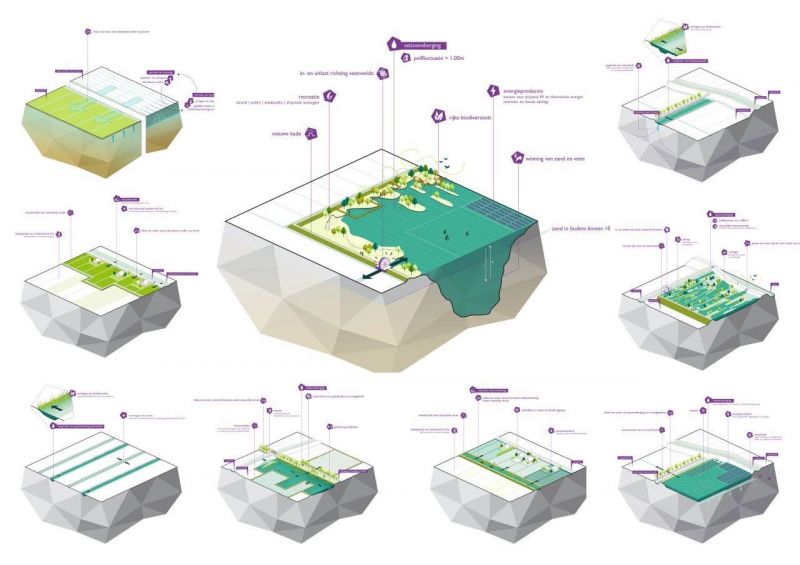 The Netherlands’ Groene Hart, the Green Heart of the Randstad, is an icon. It’s one place where the Dutch have taken control of the water over the centuries. Complex water management has led to a rich cultural landscape. However, subsidence, salinization and dehydration caused by climate change are putting the Groene Hart under pressure. Increasing drought exacerbates soil subsidence and salinization, resulting in higher CO2 emissions and lower crop yields. Seawater penetrates inland via the rivers, causing the freshwater intake points to become too saline to allow water to enter.
Water Mosaic states that, in order to cope with these problems, we have to say goodbye to the image of the Groene Hart as a homogeneous landscape where the current form of land use determines the management of water levels. The project shows the effects of a more future-proof water management that starts by determining the underlying soil conditions from which follow the appropriate form of land use. Water-level management and soil conditions will be the guiding factors. 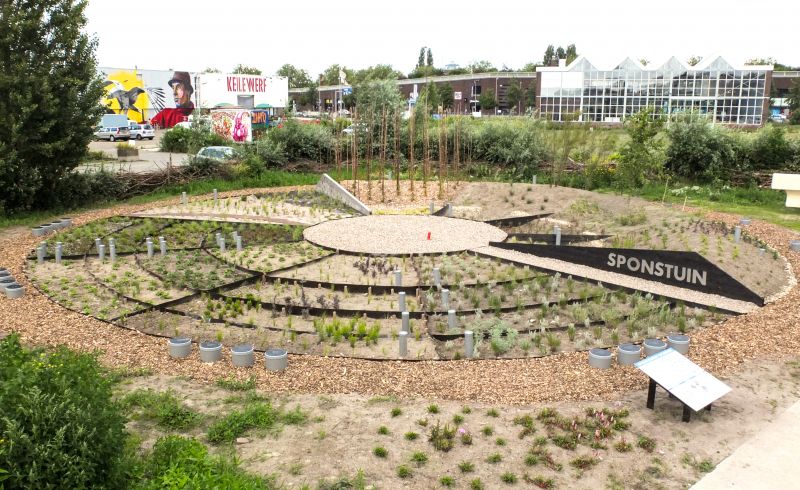 Many Dutch cities are built on wet soil, composed of peat or clay. Excess water has to be drained away, but in combination with intensive urbanization this generates risks such as flooding, drought and subsidence. Climate change exacerbates these risks, so it’s time for a new, sustainable approach to water management in an urban context.
De Urbanisten are investigating how Rotterdam can function as a sponge on the scale of the entire city: Sponge City. In the Sponstuin they are testing how an attractive green outdoor space can function as a sponge: as a green space that is able to absorb and retain water during periods of heavy precipitation. The retained water can then be released in dry periods, such as the past three summers.