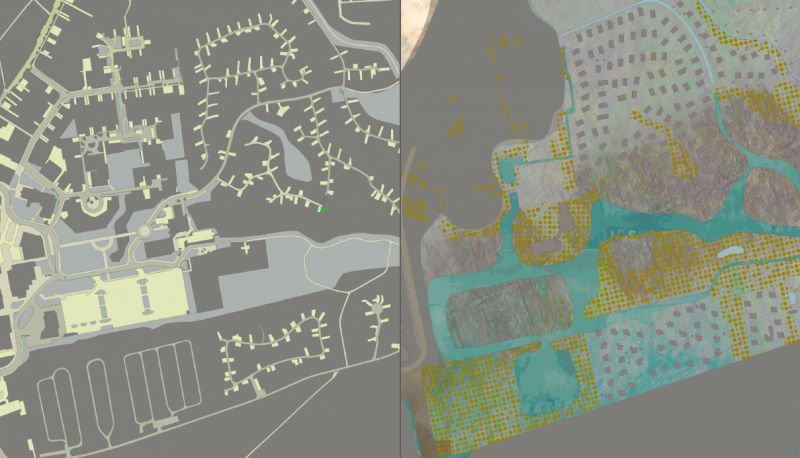 On December 17 2014, the City Council of Texel reached the unanimous decision to adopt the complete output of the IABR–2014–PROJECT ATELIER PLANET TEXEL, including the Texel Principles, as a guideline for development, as was advised by the Board of Mayor and Aldermen. Now Texel, the largest island to the north of the Netherlands' mainland, can begin implementing the proposed pilot projects, starting in the coastal village of De Koog.

PLANET TEXEL 2013-2014
The municipality of Texel, keen to sustainably develop the island, stands to take crucial decisions on a wide range of issues and policies, all of them with spatial reverberations. Therefore the IABR–Project Atelier Planet Texel was founded in 2013 by IABR and the municipality Texel together. Its main focus was on how the different ambitions of Texel –principally the further growth of the mainly tourist-oriented economy, the aim to realize energy neutrality and a higher level of self-sufficiency, and the sustainment of the unique natural environment and high quality of living of the inhabitants– can be optimally integrated in a wide-ranging spatial plan.
How can the flows of water, waste, traffic and tourists be optimized, preferably in conjunction with each other? By which means can the development of the natural environment and the landscape drive this process? And how can the island’s ecological and economic agendas, in particular with regard to the further development of the touristic-leisure product, strengthen instead of obstruct each other?

Stakeholders
For a period of eighteen months, islanders, entrepreneurs, community organizations, different municipal departments, City Council and Board participated in the Project Atelier Planet Texel, giving their input, discussing the results and working together with the designers and experts that the IABR brought to Texel.

The Atelier has resulted in a vision for Texel embraced by all stakeholders. This vision of a sustainable future which the islanders can gradually work towards offers a productive framework for current plans and projects. The so-called Texel Principles, developed by the Atelier, provide clear guidelines for action and offer tools to make abstract concepts such as 'quality' tangible.
The proposals for pilot projects in a.o. De Koog, Nieuweschild and Polder Waal en Burg, elaborated in the Atelier by the design offices FARO Architects and LA4SALE, not only demonstrate the effects of the vision in specific locations but can also be implemented immediately.

Therefore, after the research by design trajectory and the presentation of the plans and proposals in the main exhibition of IABR–2014, the ball was in the City Council’s court. The unanimous decision reached on December 17 implies that implementation of the plans developed by the Atelier can now indeed begin.

Project Atelier Planet Texel is a collaboration between the IABR and the municipality of Texel. The Dutch offices LA4SALE and FARO Architecten have been commissioned to do the design research and to develop pilot projects. 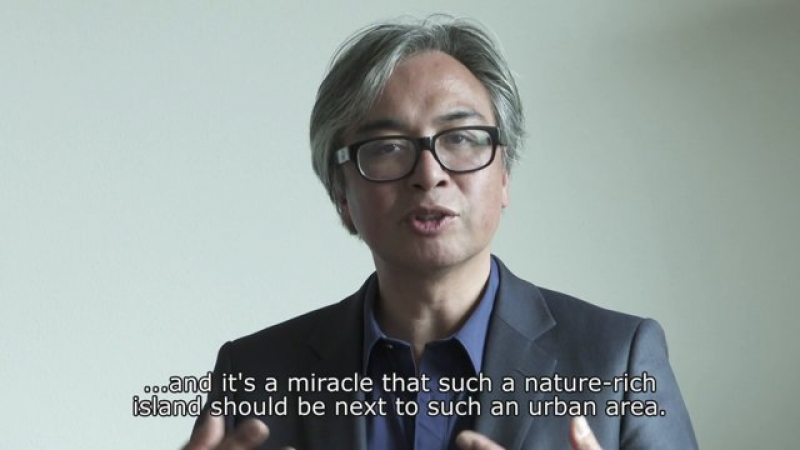 "That’s the great thing about Project Atelier Planet Texel: It does not catalogue the problems we have or state how our ambitions clash. No, it explored the connections. How to create added value by researching how our different ambitions can coexist?", says Eric Hercules, Texel's alderman for Tourism, Environment and Spatial Planning, in the film Planet Texel.

IABR and Texel
Since the Spring of 2013 the IABR and the Municipality of Texel have collaborated in the IABR–Project Atelier Planet Texel. The challenge was to find a way to balance the different ambitions the island has. On the one hand Texel wants to protect its beautiful landscape, be energy neutral by 2020, and attain water self-sufficiency. But it also has the ambition to make tourism grow qualitatively. Not an easy task for 15.000 inhabitants who welcome a million tourists every year.
By bringing research by design in play the Atelier worked on concrete project proposals linked to a “toolbox for governance”: instruments that the municipality of Texel can employ when implementing its new spatial policies.

The results of the Atelier are on show from 29 May until 24 August, taking front stage in A PLANET CULTIVATED–, one of the exhibitions that make URBAN BY NATURE– in the Kunsthal Rotterdam.
How is the municipality going to continue with what the Atelier has achieved when the biennale is over? What really are the results of the Atelier, and which strategies have been developed? How can the challenges Texel faces – environment, water, energy, tourism, agriculture– become opportunities for spatial and economic development?
In the film Planet Texel alderman Eric Hercules responds to these and other questions.

PLANET TEXEL is one in a series of short videos commissioned by the IABR for its sixth edition, IABR–2014–URBAN BY NATURE–
director: Alexander Oey
producer: George Brugmans 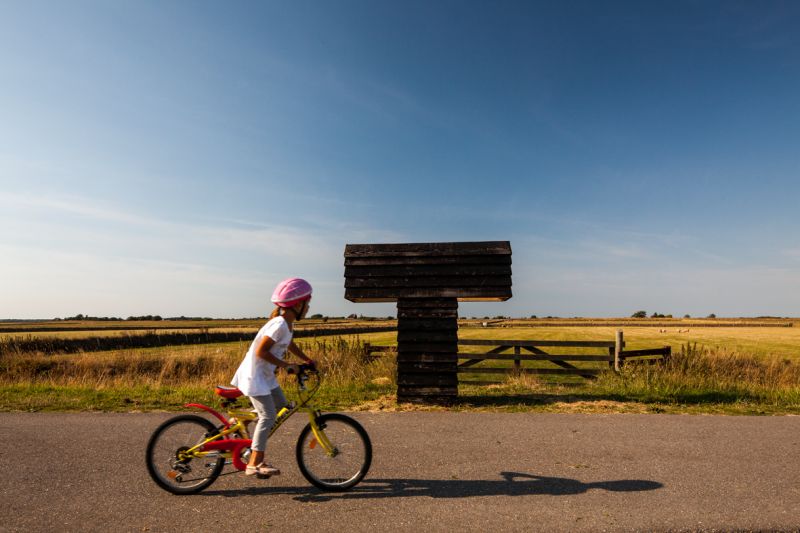 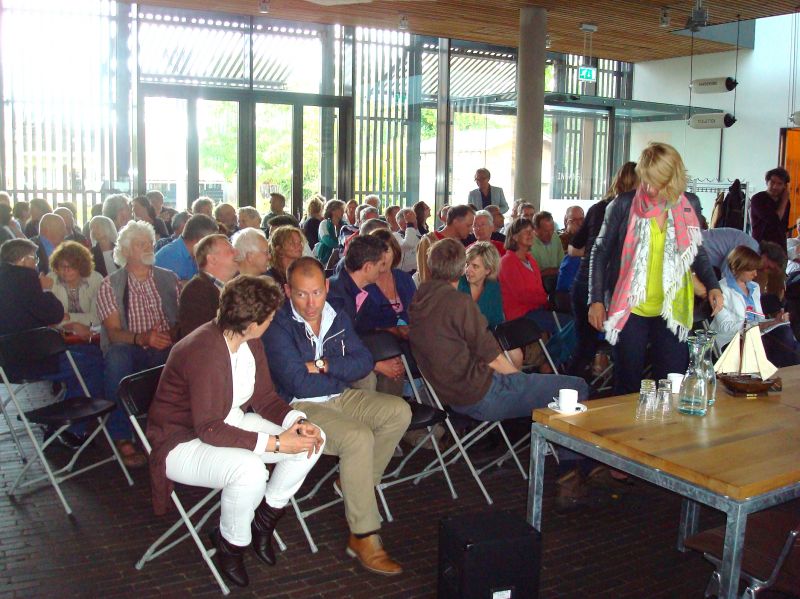 On 2 October the community of Texel gathered for a second public meeting to discuss plans and proposals for the island's sustainable future.
Commissioned by the IABR and the Municipality of Texel, design agencies LA4SALE and FARO Architects are working on the task of how the different ambitions of Texel –principally the further growth of the mainly tourist-oriented economy, the aim to realize energy neutrality and a higher level of self-sufficiency, and the sustainment of the unique natural environment and high quality of living of the inhabitants– can be optimally integrated in a wide-ranging spatial plan. At the Urban Meeting, the agencies presented the first step towards a vision and specific design proposals for Texel.

Christophe Girot (professor of landscape architecture at the Technical University of Zurich) kicked off the meeting with a thought-provoking lecture on what really is “natural" to our landscape, followed by a lively debate of experts and stakeholders who engaged in dialogue with each other and with the local community.

The Urban Meeting is a step towards IABR–2014–URBAN BY NATURE and is the moment at which the interim results of the Project Atelier Planet Texel are presented to the various local stakeholders to get feed back that can be looped back into the ongoing design process. 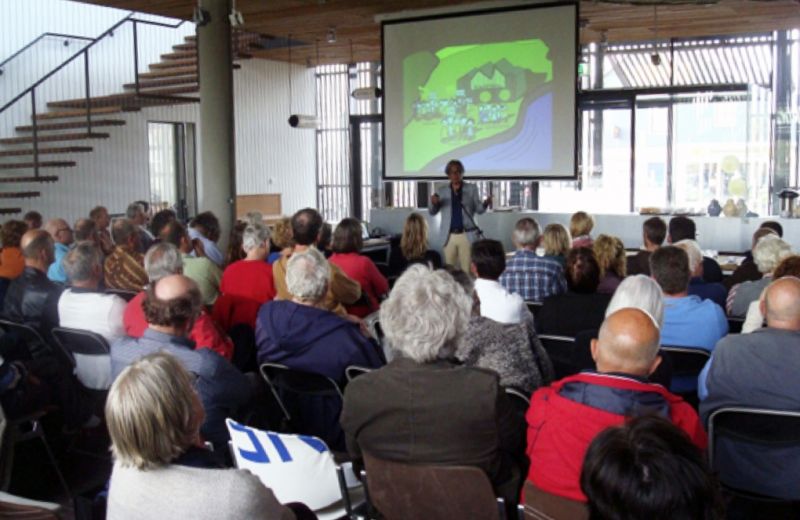 On June 17 Planet Texel was kicked off at Kaap Skil, the Maritime and Beachcombers Museam at Oudeschild, Texel.

Planet Texel is one of three IABR–2014–Project Ateliers, a collaboration of IABR and the Municipality of Texel, one of the islands to the north of the Netherlands. Presentations were given by alderman Eric Hercules, by IABR–2014 Curator Dirk Sijmons and by Pepijn Godefroy and Jurgen van der Ploeg, of LA4SALE and FARO respectively, the two design offices that have been commissioned to develop plans and pilot projects for a sustainable Texel.

Kaap Skil was filled to capacity, with citizens, politicians, administrators, entrepreneurs and other stakeholders joining in the debate about what the parameters for a sustainable future of Texel should be.