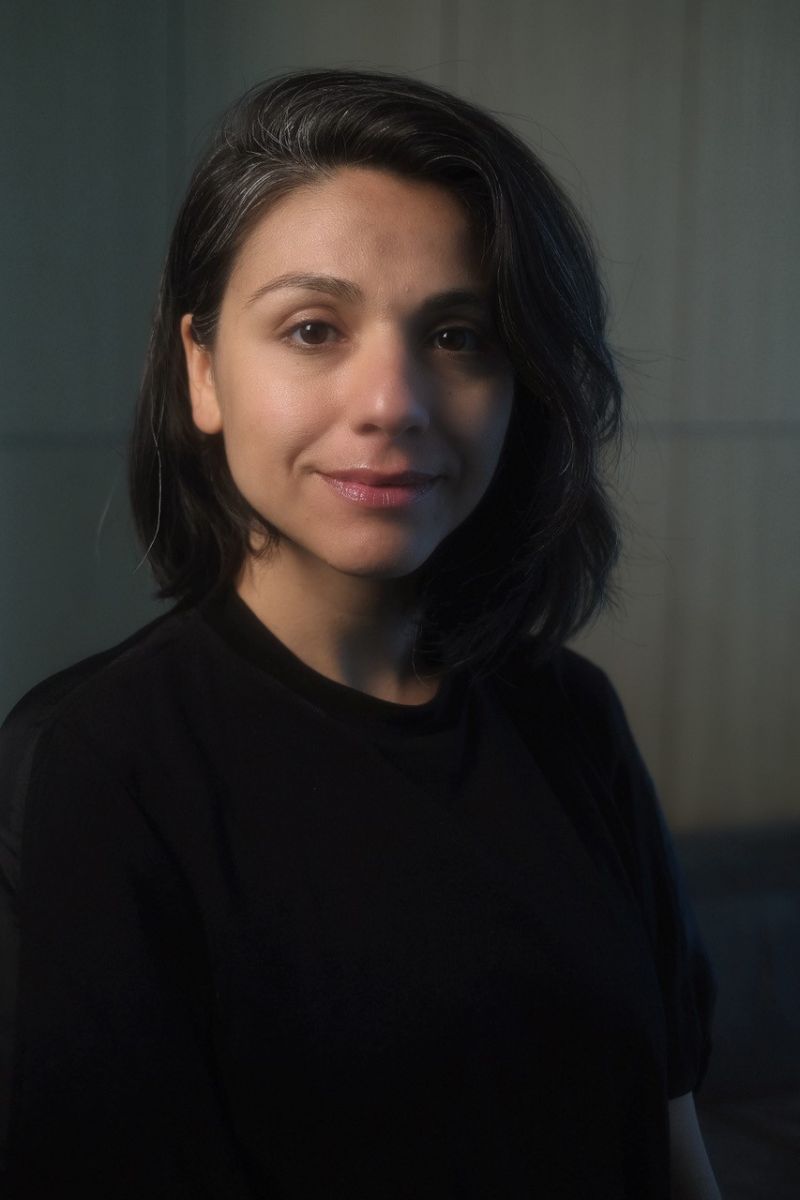 Yonca Özbilge works as a Content and Executive Program Manager for the cultural sector and the creative industries.

Among other things, Yonca was Program Coordinator of the four-year strategic government program Dutch Design Fashion Architecture (DutchDFA). She worked for the International Architecture Biennale (IABR) on the development and implementation of the programs of the 2014, 2016 and 2020 biennales. For various cultural organizations and museums, she set up research, exhibitions and events to document the language, culture and niches of big cities. Between 2008 and 2012 she was a member of the Rotterdam Council of Arts and Culture.

Yonca likes to dedicate herself to projects that contribute to a conscious, sustainable and socially equal society through culture, design, and multi-perspectivity. 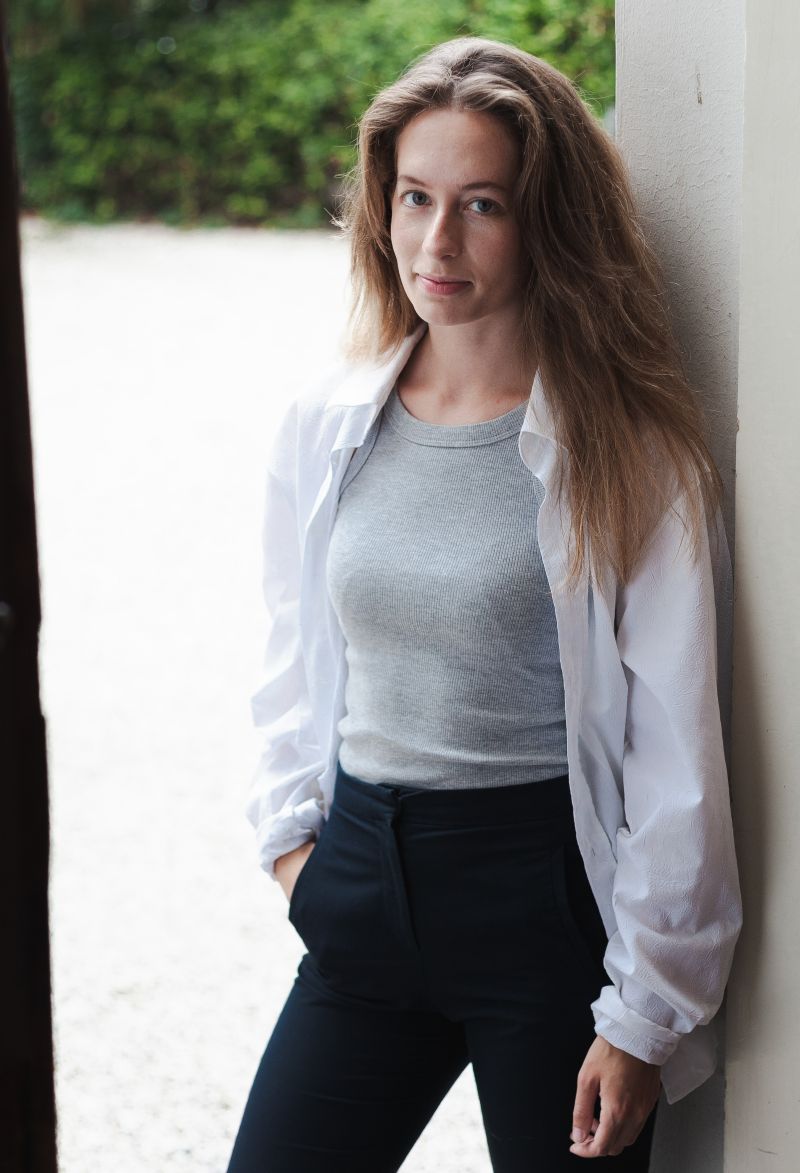 Sabine van der Vooren is a 28-year-old creative maker who lives and works in Rotterdam. She graduated from the Willem de Kooning Academy in 2018 and has been a freelance photographer, filmmaker, and social media manager ever since. She recently joined the IABR Marketing and Communications team to capture participating architects, designers, and curators. Besides making content, she ensures that these portraits and projects are present on the worldwide web through all of the IABR’s canals.

‘My work focuses on both aesthetics and content. Photography is my medium for self-expression and storytelling, andfor translating stories into portraiture and film. I love working with analog and digital technologies, and use both according to the needs of the project.’ 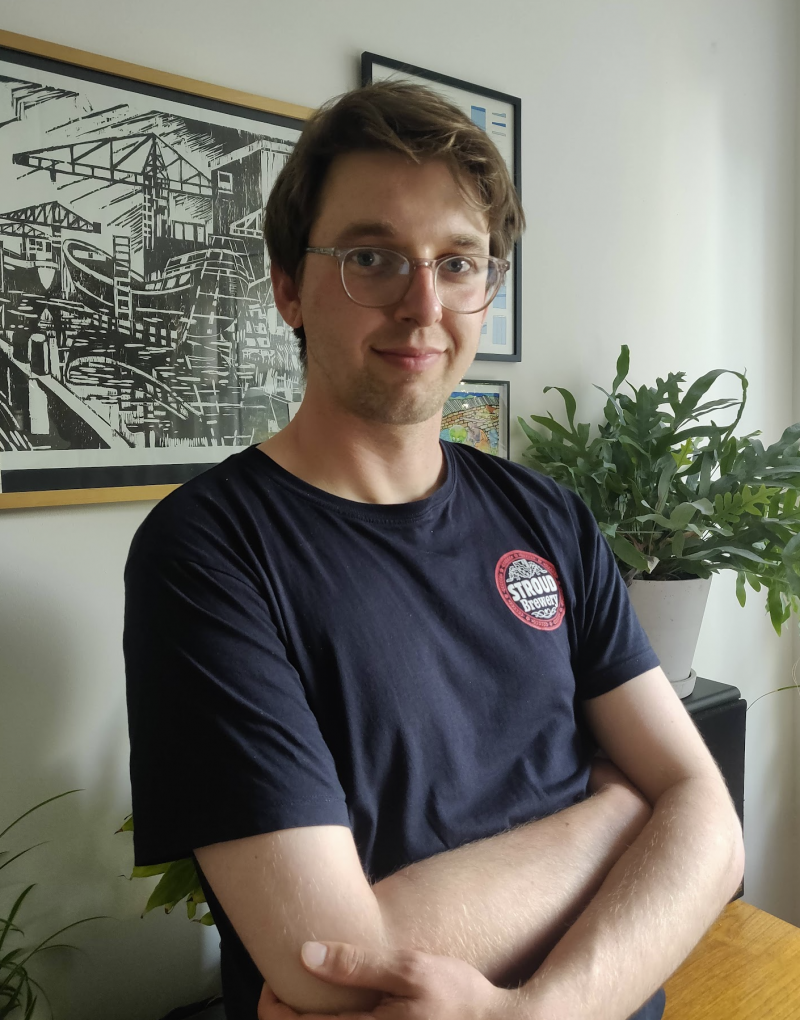 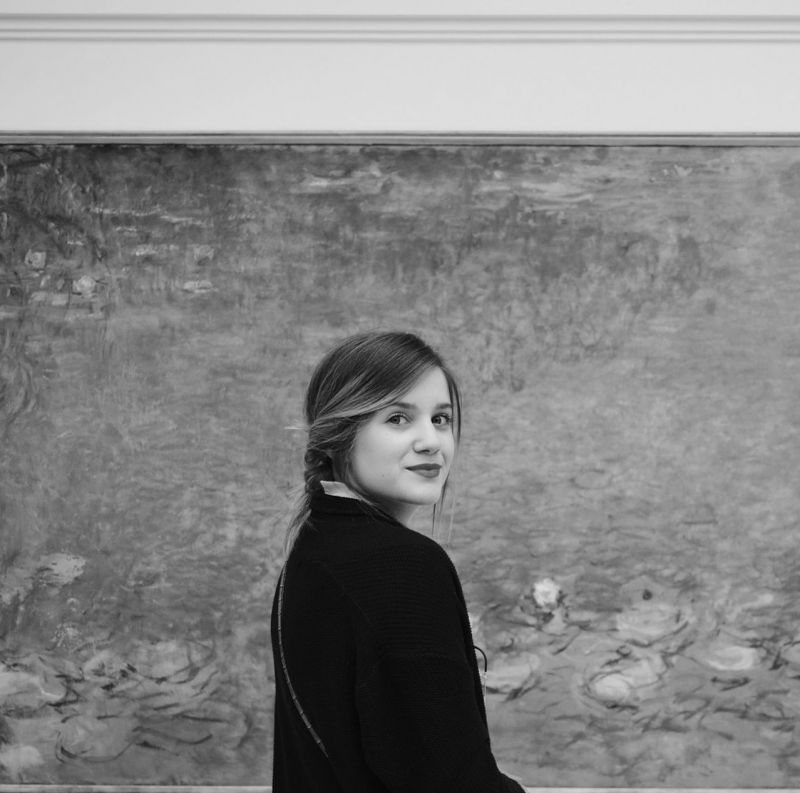 Theodora Gelali is an architect engineer, graduate of the Patras School of Architecture in Greece, with studies in architecture, which also include an Erasmus Plus Scholarship at the Universita degli studi di Firenze, Italy and a post master degree at The Berlage Center for Advanced Studies in Architecture and Urban Design, Delft University of Technology.
Her professional experience started in Greece and continued in the Netherlands, while working for OMA, the Office of Metropolitan Architecture, in Rotterdam. Her interests include the broader field of design and architecture through academic and professional projects, while exploring this field as fundamentally expansive and cross-disciplinary.
She believes that architecture and design can be practiced in various forms and among different fields such as art, fashion, film, writing, and graphic design, while revealing different perceptions and types of perspective. 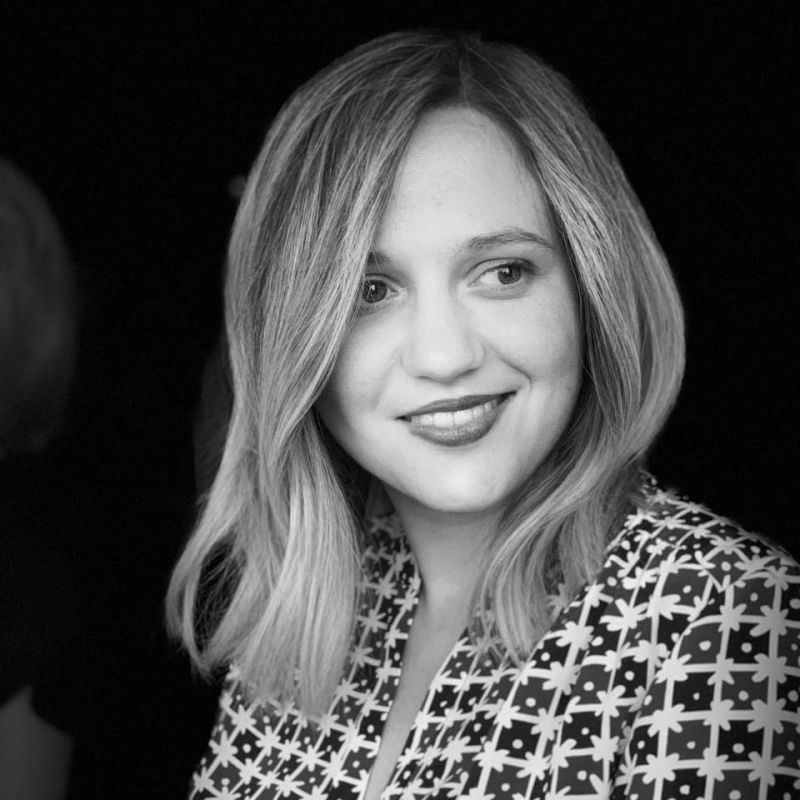 As a Junior Architect, she has been involved in the design and construction of buildings in various scales, exhibitions, and book design. As a researcher and a copywriter, she has collaborated with media practices and advertising agencies. Her professional experience spans from Greece to the Netherlands, with her work being published in several books, magazines, and architecture conferences across Europe.

Maria has broad artistic interests and considers drawing a speculative tool – she strongly believes in a cross-disciplinary, multimedia approach when it comes to research and architectural design. Her main interests gravitate around carrying capacities of urbanized areas, rethinking industrial operations from the machine to the geographical territory, and exploring architectural space through society and politics. Always keen on knowing more, she reads, thinks, writes, speculates, and designs, reflecting on all of the above. 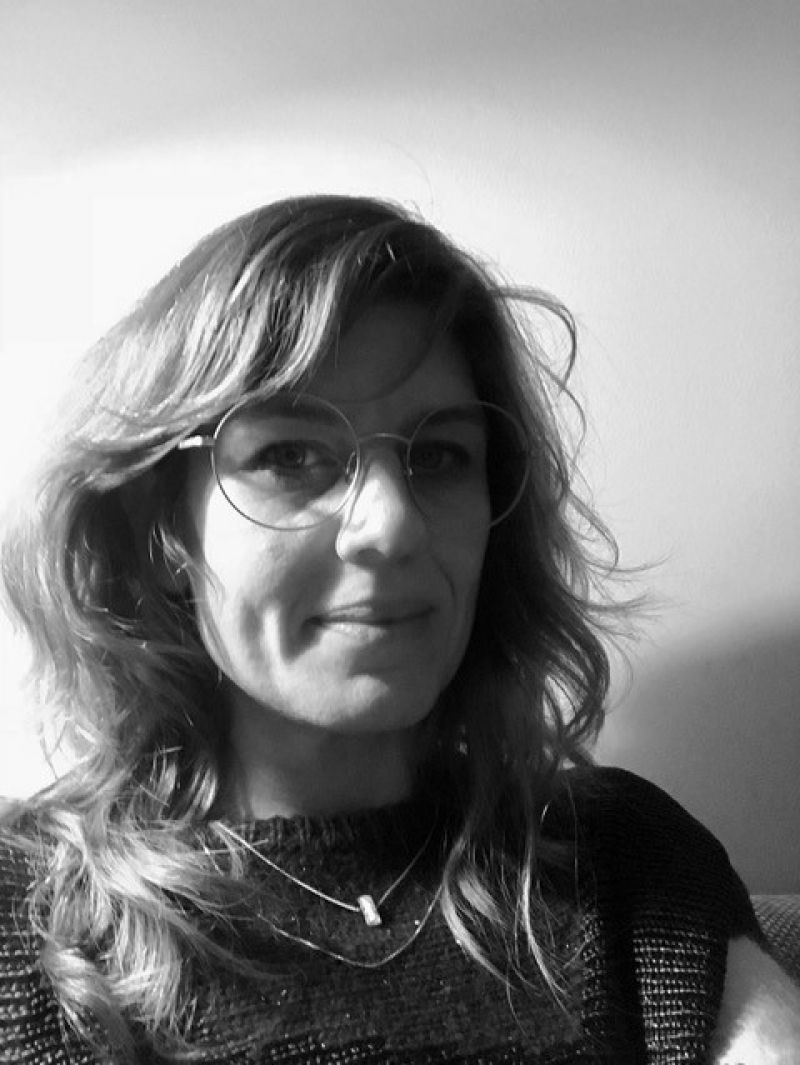 I recently joined the IABR in the capacity of marketing and communications manager. In addition, I create programs and meetings for people from all walks of life, with storytelling and music as common denominators. My aim is for us to exchange stories about who we really are, rather than get stuck in opinions about how the other should be. As a communications professional, I like to work at the intersection of strategy and realization. I enjoy taking on assignments that allow me to contribute to livability and diversity. Previously I worked for the State of Fashion biennale and the contemporary art exhibition Sonsbeek in Arnhem. In 2021 I settled, with my dog Jimmie and my yurt, in the green landscape of the Land of Maas and Waal. Although I could never do without the creativity and diversity of a city like Rotterdam, I prefer to live as close to the earth as possible. I am delighted to be able to contribute to the mission of the 10th edition of the Rotterdam Architecture Biennale, because I am convinced that we are already transitioning to a livable future in which the connection with our heart and our ecological system is very self-evident.’ 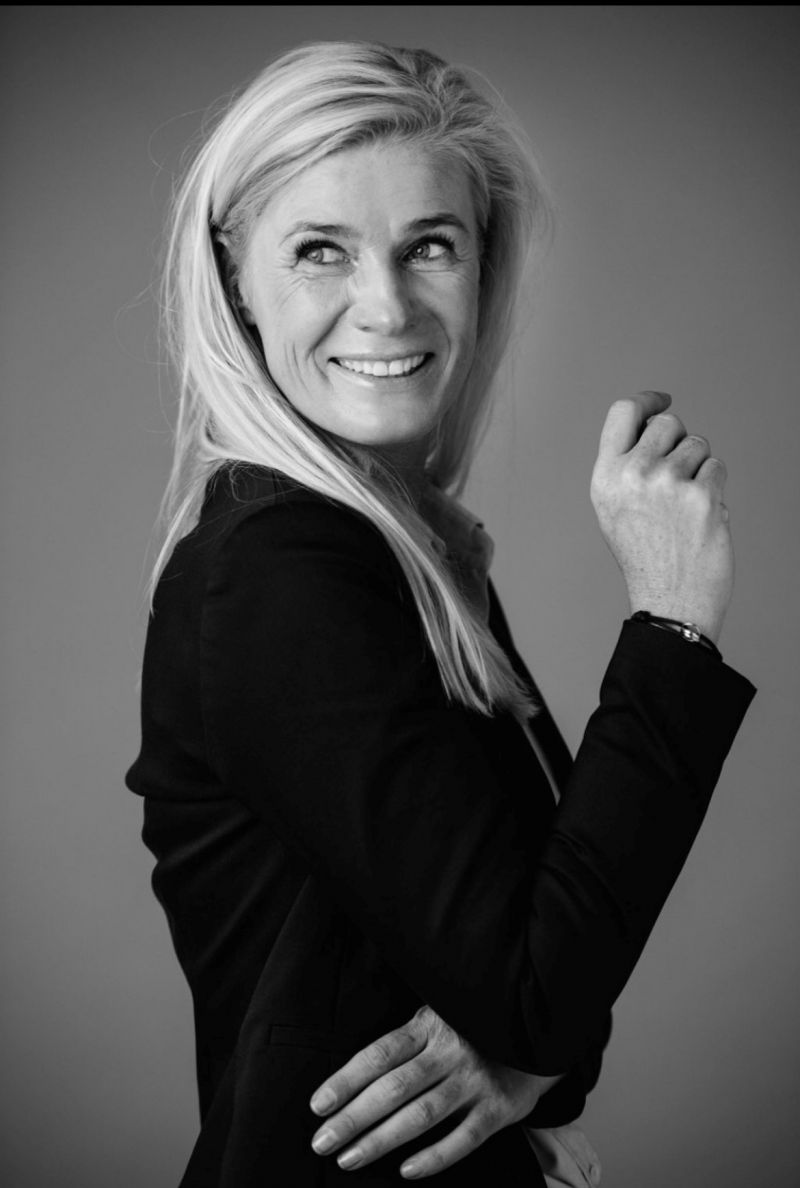 My name is Roos Rookhuizen. I joined the IABR as a Communications and Marketing Assistant on 5 July. My love of the communication trade is long-standing, and I have over ten years of experience in this field. Besides working in communications, I am a literally a busybody: I’m a doer who likes to keep the plates spinning. The greater the pressure, the bigger the smile on my face.

At home, I’m the mother of a student daughter aged 22 and I share my home with the love of my life. Last September we even got married. Italy has touched our hearts and we live there most of the year. We enjoy being outside, meeting people and every year in October, we pick olives from our own olive trees to make our own olive oil. We also love to take our dog for a walk by the sea and then have dinner somewhere with a nice glass of wine. I’m learning Italian, but it’s not where I would like it to be, yet. 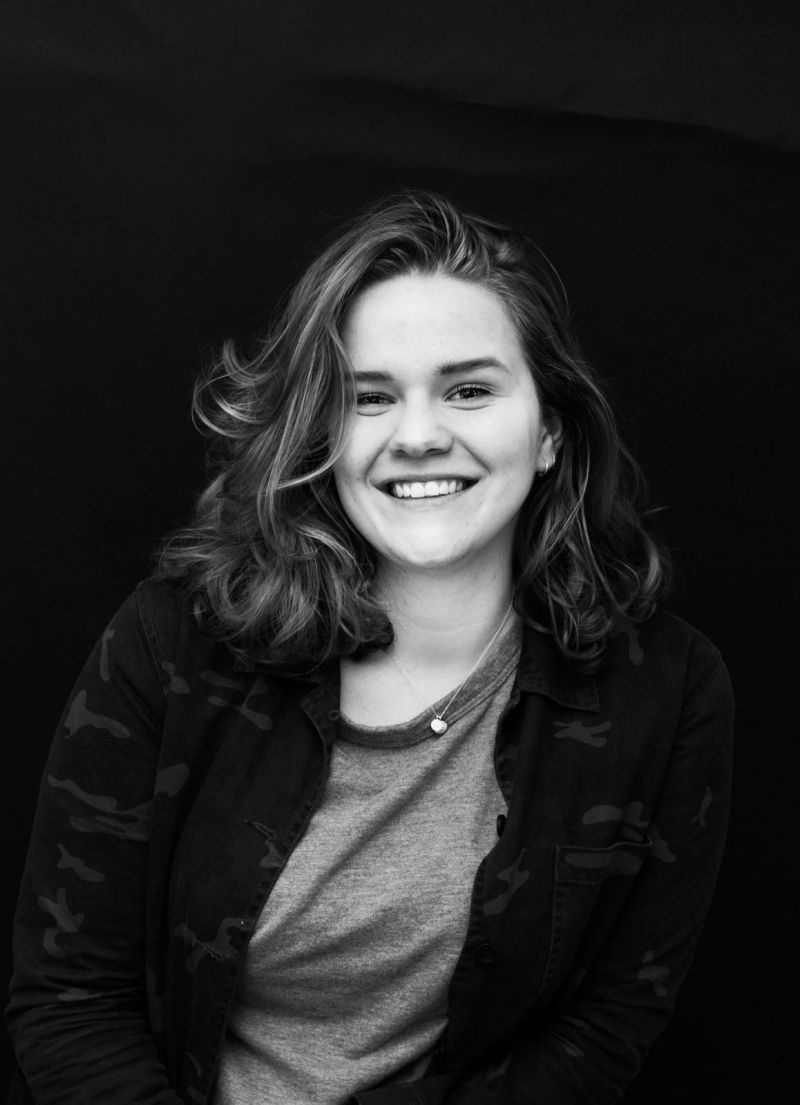 'I’m Maaike, 23 years old, and I’ve been living in Rotterdam for about six years. I started working as an Events Manager last year, as organizing events is my passion; I like both the executive work and making preparations. Besides organizing, I love music, reading books and taking trips, both in the Netherlands and abroad.'

Reineke Otten (the Netherlands, 1979) is a designer who works in the field of visual sociology. She records and assembles images and information to reveal society’s patterns and orders — and occasionally to generate beauty.

Since her studies at the Design Academy Eindhoven, Reineke has been investigating the distribution of skin colors throughout the world; she visually documents her findings to show the impact of social, technological, and ecological forces on these patterns. This research first took shape as her 2002 graduation project, a collection of palettes and maps based on skin colors. Since then, The World Skin Color (WSC) project has been exhibited at the Biennale of Architecture and Urbanism in Shenzhen (2007), the Centraal Museum Utrecht (2010), and the Triënnale Hasselt, among other venues. Her WSC Scarves, a collection of 231 data-generated designs for silk scarves, takes this research to a new level.

In parallel to the WSC project, Reineke practices ‘streetology,’ an intuitive method of classifying and visually analyzing patterns of urban daily life. To understand the delicate relationships between places, she collects images of mundane but unique details that are so often overlooked, lost, or forgotten in the development of cities. This research process feeds her ever-evolving online catalog, urbandailylife.com. From her Rotterdam studio, Reineke continues to explore the boundaries of her role as designer in the realm of visual sociology. In addition, she teaches, produces, and acts as a cultural entrepreneur and project manager on several projects