Designing for a future with(out) water 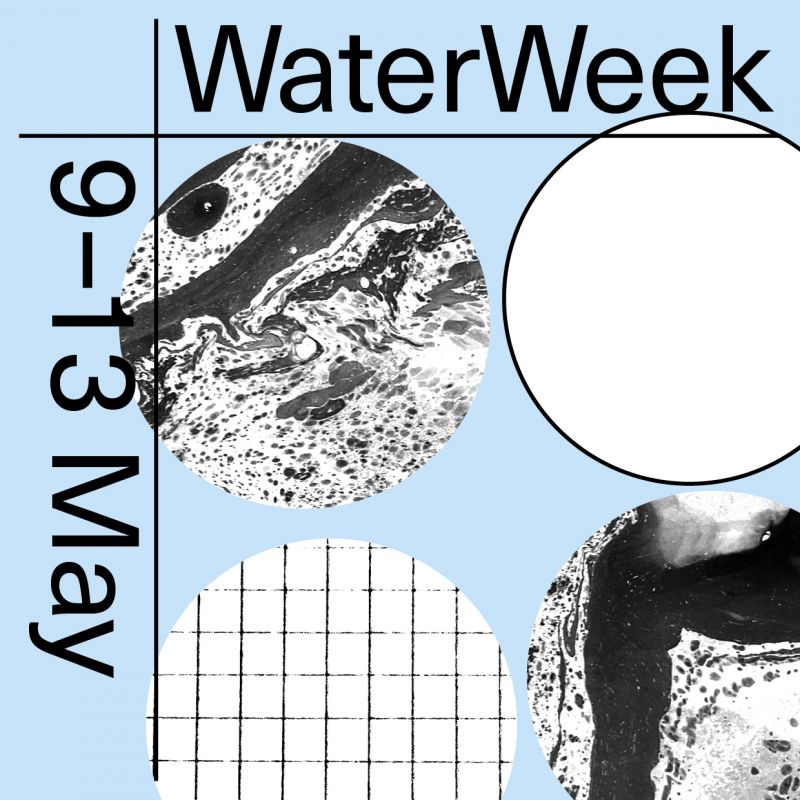 The WaterWeek from 9-13 May initiated by the International Architecture Biennale Rotterdam (IABR) aims to further the conversation around the design challenges regarding water. The four events programmed during this week present an opportunity to see and listen to some of the designers combining research and projects in this field. The WaterWeek addresses different aspects of designing with water, ranging from the architectural and social to the political and geological; conversations on how to prepare for an uncertain future.

The Architecture Biennale celebrates her 20th anniversary and has a longstanding history with the contemporary urgencies of our time, such as the role architecture could play in the energy transition or designing with water. Water, being one of our primary needs for life on earth, is under pressure in various ways. Historically, the Western design attitude is informed by the notion of ratio and control. More recently the awareness is gaining momentum to design with water, in order to deal with the uncertainties as a result of the climate crisis.The relationship between underground (water) forces and above-ground urbanisation or retention zones therefore occupies an increasingly prominent place in the designing of our cities and landscapes.The Netherlands saw severe water shortages in the summers of 2018 and 2019. On the contrary, the summer of 2021 saw severe floods in Europe. Rising sea levels causes salinization of the land, which in return has its impact on our food system. Water safety is currently guaranteed by our dikes and sea walls, but for how long? Also, the quality of water is under pressure due to waste discharge and the pollution of plastic or medicine residues. Severe drought has led to migration, decline in biodiversity and it seems only a matter of time before the first war over water will break out.

During this WaterWeek we bring together designers, urban planners and other stakeholders who have water in the core of their (research) practice. The four events during the WaterWeek are dedicated to designing with water and every evening is focused on a different scale. We start the week with the urban area, followed by a national scale, a historic perspective and a more metaphorical approach to architecture and water. Every event three or four speakers will get the floor to talk about their practice of designing with water, followed by a short panel discussion led by a moderator.The public can attend on location in the Keilepand in Rotterdam as well as via livestream.

IABR and the theme of water have been linked since 2005, when this was put on the agenda during The Flood, the biennial led by AdriaanGeuze (West 8). In September 2022 the 10th edition will take place (and this marks the 20-year anniversary of IABR) and during all these years water was part of IABR, for example in our research by design Ateliers Drought in the Delta and Dordrecht. During the WaterWeek in May we want to highlight this theme again by approaching it from different perspectives and scales. From water shortage via the sponge effect to water overflow, and from an inner-city perspective to an international outlook. Because we believe that it will be inextricably linked with designing the future.

Register here to attend the WaterWeek 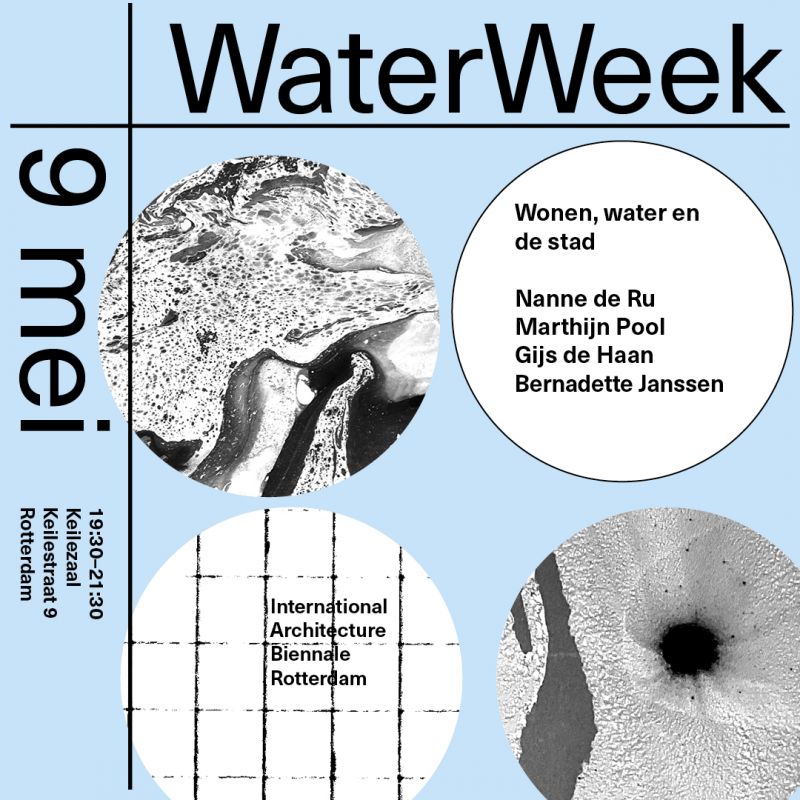 Tuesday 10 May - Droogte in de Delta 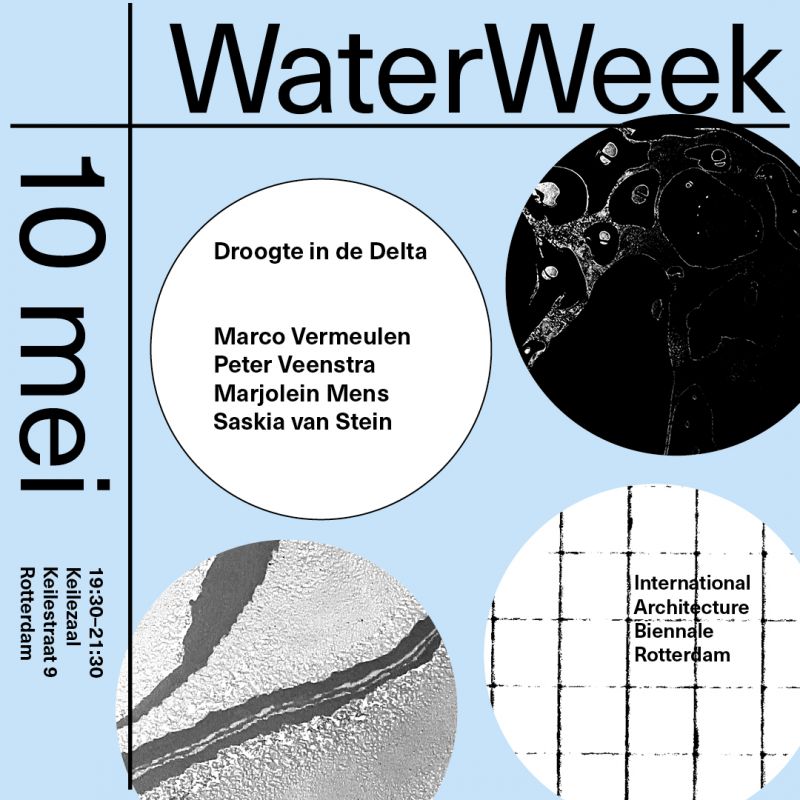 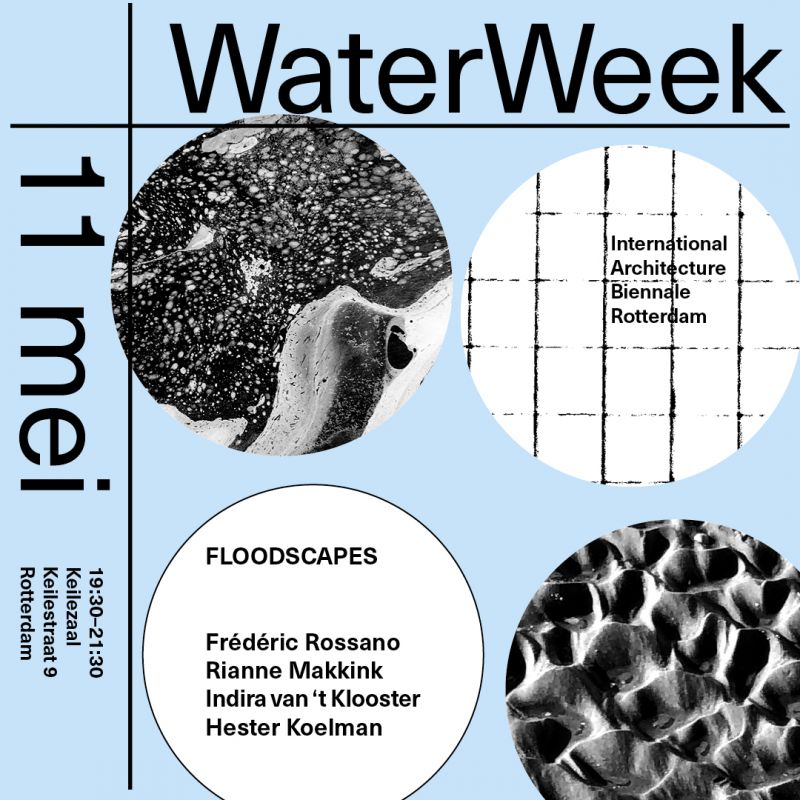 Friday May 13 - The Poetics and Politics of Water Territories 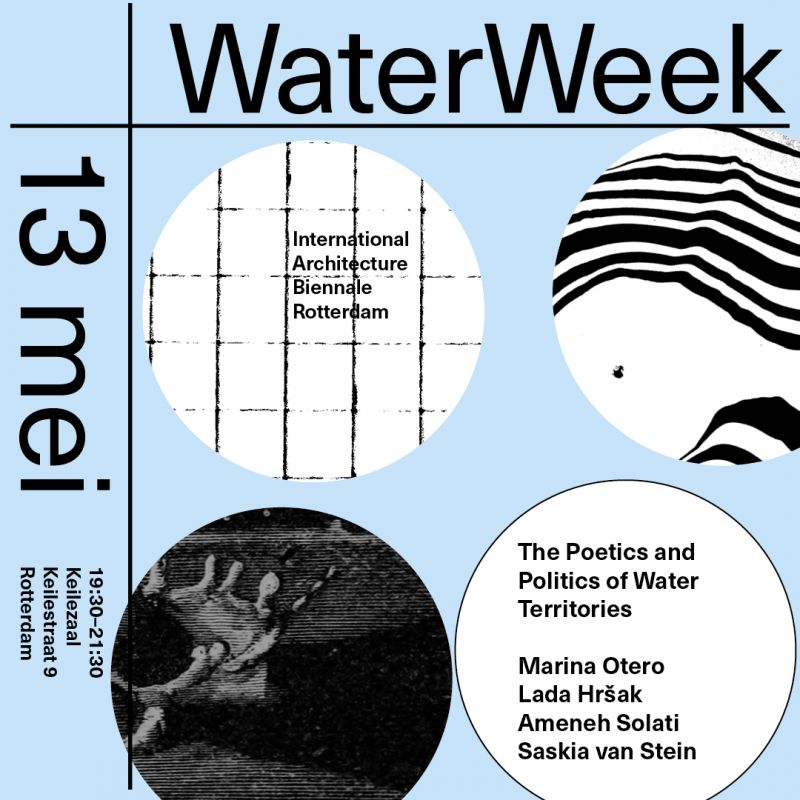 Register here for the event

This evening we will explore the limits, (cultural) aspects and ecological dimensions that are not yet considered integral to design challenges related to water: such as rights of rivers and the ecology of the body. Marina Otero (writer, researcher and independent curator of the Shanghai Biennale, among others) will talk about the political aspect of water in the Atacama Desert and the relationship between lithium extraction and water scarcity, and how this affects the ecosystem of indigenous communities. Lada Hršak (Bureau LADA) will introduce the Shallow Waters Initiative, by relating two cases of urbanized low water areas; the IJsselmeer and the Venice lagoon. Architecture researcher Ameneh Solati will present her recent research on the eco-politics of marshes in the Euphrates Delta in Iraq. The evening will be moderated by Saskia van Stein (IABR).

The WaterWeek program has been developed as part of the IABR's anniversary year 2022. Throughout the year, the best research projects will be highlighted.

IABR is generously and structurally supported by the City of Rotterdam and the Ministry of Education, Culture and Science.