Making Waves is a radio show by Studio Makkink & Bey. Created especially for, and broadcast from the WATERSCHOOL M4H+, the show will be aired on three consecutive afternoons, on 14, 15 and 16 July, on digital community radio station Good Times Bad Times.

From Exhibition . . .
For the WATERSCHOOL M4H+, Studio Makkink & Bey studied the Merwe-Vierhavens district (M4H) and its residents for one year. The result is a series of proposals that, arranged in an exhibition, portray the redeveloped future of certain locations in M4H. What would M4H look like if the production, processing, and application of biobased materials such as seaweed, insects, duckweed, wood, and mycelium was given a central role in its redevelopment? 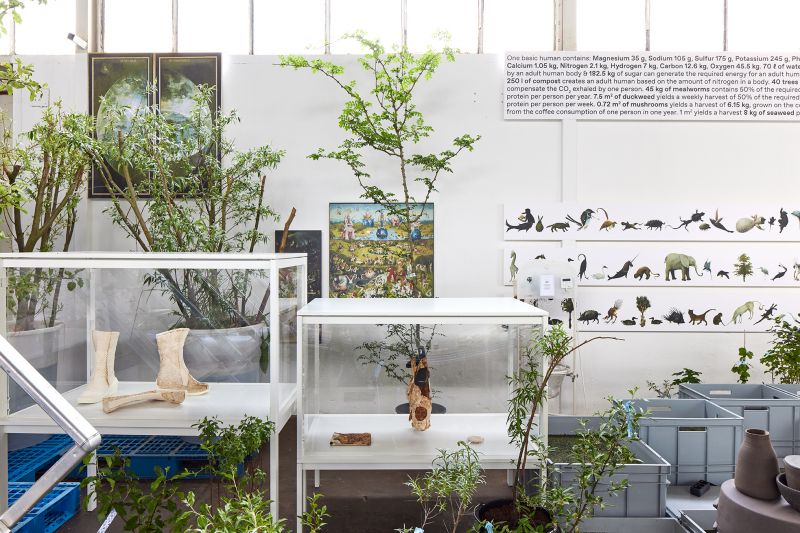 DOWN TO EARTH: WATERSCHOOL M4H+

. . . to Radio
In each episode of Making Waves, Studio Makkink & Bey, an expert, and a designer or artist highlight one of the above biobased materials and explore what you could do with it. Mingus Janssen will read stories about what M4H would look like and how people would live and work there in the future if these biobased materials were actually used. Also, Rianne Makkink will present daily weather forecasts, Jurgen Bey will recite his own poems and of course there will be commercials, for designers whose work is included in the exhibition, and for products that will be on sale as soon as the stories become reality.

Listen to the Broadcast here