Witte de With Center for Contemporary Art + IABR
Most weekdays, starting at 12:30 hours, it's High Noon at the biennale. 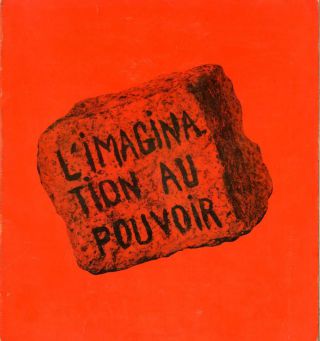 Today the High Noon is organized by the Witte de With Center for Contemporary Art as part of the Rotterdam Cultural Histories series, the fourteenth edition of which focusses on May 1968 and its impact on Rotterdam. It is 50 years ago this year that the student protests in Paris in 1968 radically changed the world. Under the motto ‘Imagination in Power,’ an international movement emerged aimed at emancipation and democratization that brought new dynamics to politics and culture.

Together with Joost Schrijnen and Herman Meijer and from the perspective of urban design, this High Noon will zoom in on Rotterdam in 1968, imagination and ‘makeability.’ What impact have the of the ideals of 1968 had on the development of the city?

Joost Schrijnen studied architecture in 1968 at Delft University of Technology and from 2003 to 2012 he was professor of Urban Design of City and Region. He worked from 1981 to 2001 at the City Planning and Housing Department in Rotterdam, the last ten years as a member of the management, after which he was director of Structural Vision Almere and program director for the Southwest Delta within the framework of the Delta Program. Herman Meijer is a former politician and party chairman for GroenLinks, from 1994 to 2002 he was the alderman for urban and social renewal in Rotterdam.

The documentary exhibition 'Rotterdam Cultural Histories #14: May 1968’ can be visited at Witte de With Center for Contemporary Art until 2 September. Click here for more information.