Utrecht: The Healthy City: The Next Economy

On Monday October 26th, the IABR together with the Municipality of Utrecht and AORTA Center of Architecture, organizes the second Urban Meeting in the series The Healthy City. The topic is The Next Economy.

The evening will be opened by Jeroen Kreijkamp, Alderman for Economic Development of the Municipality of Utrecht. Chief Curator of IABR–2016 Maarten Hajer will elaborate on how the transition to The Next Economy can create new perspectives of the city we want: a clean city, a communal city, a productive city – a city in which the public space once again occupies center stage. Atelier master Joachim Declerck (Architecture Workroom Brussel) and the design offices De Smet Vermeulen and MUST will explore, together with a panel of experts and the audience, what the transition to The Next Economy means in terms of Utrecht as a Healthy City. 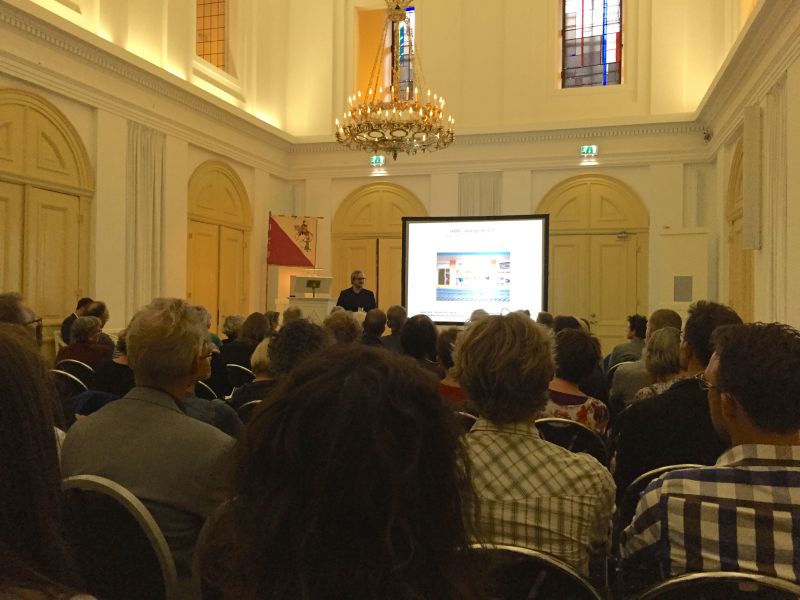 Registration: aorta@aorta.nu mentioning "Utrecht" and the date of the Urban Meeting
We strongly recommend to make a reservation due to limited space
(Please note that AORTA will share your contact details with IABR)

Project Atelier Utrecht: The Healthy City
In Utrecht, creating a healthy city has been high on the political agenda for decades. The ambition to ‘urbanize in a healthy way' touches upon various areas such as health, welfare, care, the health care economy, and sustainable environments. Due to the current economic and ecological crisis, the solidarity between rich and poor, older and younger generations, and healthy and less healthy citizens is under pressure. The transition from a welfare state to a participative society, and the accompanying changing relationships between government, market, and civil society, create a new sense of urgency. This requires an integrated approach to the city and of urbanization processes that focus on spatial visions and strategies. In the long run, however, this approach will generate major spatial issues that remain largely unknown as yet.

Employing research by design, the IABR–Project Atelier Utrecht charts the shifts and prospects of the ‘healthy city’ as a system by extensively analyzing, among other things, spatial development and new economic models, governance tools, organizational structures, and the spatial manifestations of these proposals. The analyses are then used to propose and design pilot projects for specific locations in the city of Utrecht.

Project Atelier Utrecht is a collaboration of the IABR and the Municipality of Utrecht.