The history between China and Katendrecht

This afternoon is about delving into history on the basis of two personal Chinese stories. More than 100 years ago, the first Chinese immigrant workers came to the Netherlands to work as sailors or dockworkers. As a result, Europe’s first Chinatown emerged in Katendrecht.

First, Ellen Zee tells the story about her family and life in Katendrecht. In the 1920s, Zee’s grandfather came to Katendrecht and fell in love with Neeltje van de Kaap; theirs is believed to be the first marriage between a Chinese sailor and a Dutch girl. Would you like to learn more about the Zee family? Watch the EO program Geloof, Hoop en Liefde here. 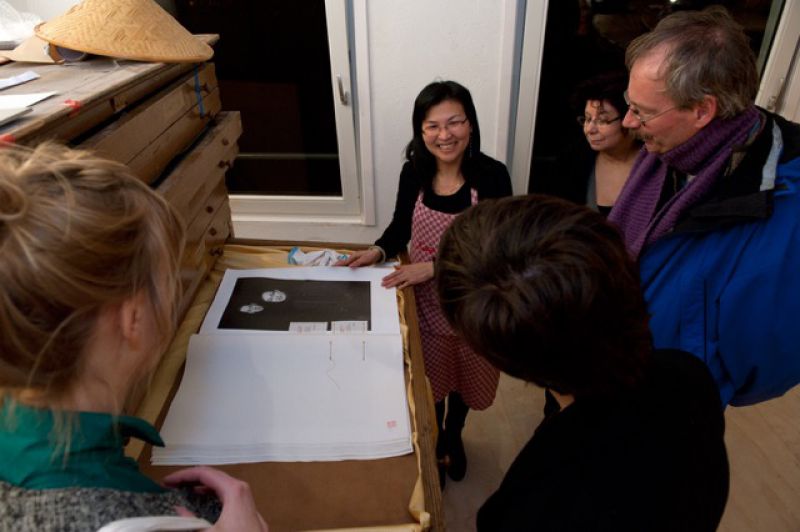 The second story is that of Fengqiu Chen. She moved from China to Katendrecht for love in 1999. She ended up marrying a man she met while he was on holiday in China, who has lived in Katendrecht since he was 12 years old. Fengqui is active as a volunteer in the community-cum-story center.

A the request of IABR–2016 the Verhalenhuis Belvédère developed The Next Story. In ten afternoon sessions during the Biennale, remarkable stories of inhabitants of Katendrecht will be shared with the audience. What is their Next Story? Based on their past and present situation, what future would they want, and how is their narrative related to Katendrecht? Together, these personal anecdotes will show how active individuals can influence the development of their neighborhood, and even their city.