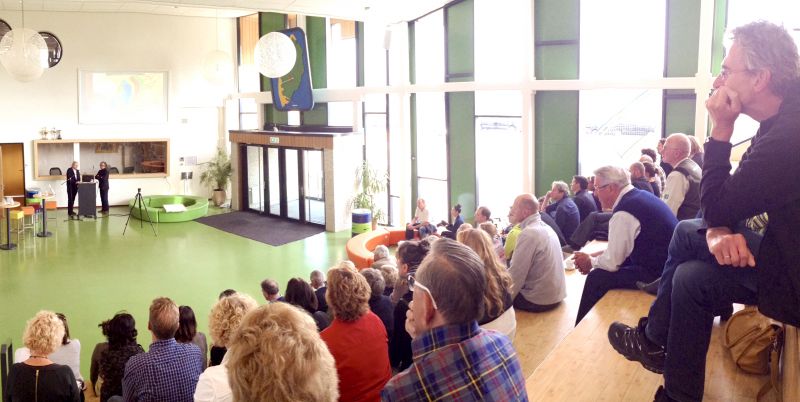 In the fall of 2013 IABR–2014 sets up three IABR–Urban Meetings at which the interim results of the IABR– PROJECT ATELIERS will be presented.

Commissioned by the Dutch government the IABR has set up three project ateliers to implement its methodology and bring the potential of design into play to work on local and regional spatial challenges.
The results of the Project Ateliers –visions, tools for governance and concrete designs proposals for pilot projects– will have a central position in the IABR–2014 main exhibition and will subsequently be implemented by the local governments with which IABR cooperates.

IABR's partners in the context of URBAN BY NATURE are the Municipality of Texel, the Municipality of Rotterdam and the Province of Noord-Brabant in cooperation with the cities of Eindhoven, Den Bosch, Breda, Tilburg and Helmond and Barbant's water boards.

The IABR–Urban Meetings offer the local community and direct stakeholders the opportunity to be informed by and enter into discussion with their local politicians and administrators, as well as with the design offices and the international experts the IABR has selected. The meetings will cover the spatial challenges, the ambitions and the plans developed in the context of the Project Ateliers. Organized midway the Urban Meetings thus facilitate the integration of all stakeholders' opinions into the design process that will eventually lead to concrete proposals for pilot projects and a spatial planning vision directly affecting the local community.