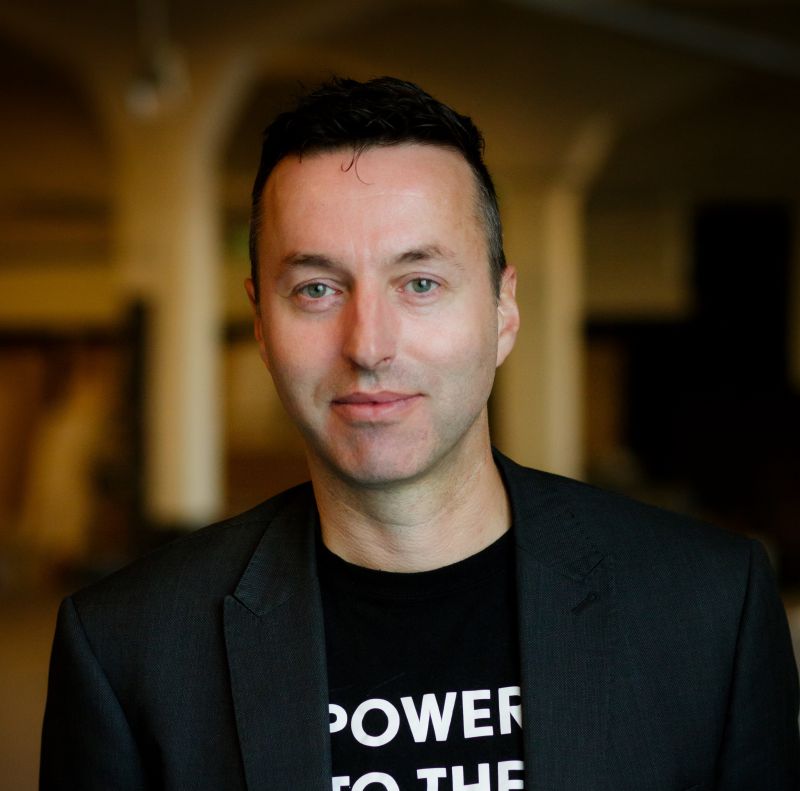 Robbert de Vrieze is a social designer and architect. With his agency and network Transformers he operates at the cutting edge of design, community, politics and economy.

After having studied Industrial Product Design and Fine Mechanical Engineering Robbert de Vrieze worked for Philipsen design agency EJOK. He then started his own design agency (first HUB and later Transformers) and developed a fascination for the transformation of old buildings and brown–fields. He worked on the transformation of the grain silo Maashaven and RDM Campus, both in Rotterdam. Living in a housing cooperative (Stampioendwarsstraten in the south of Rotterdam) sparked an additional fascination for the principles of self-organization. These interests led him to a study at the Rotterdam Academy of Architecture and Urban Design where he graduated in 2012 on 'the Architecture of Politics & the Politics of Architecture'.

In 2013 Robbert co-founded WIJ Delfshaven, an (a-)political network of citizens’ initiatives in Rotterdam West. He participated in local elections and served for four years as a citizens’ representative on the Area Council of Delfshaven. He co-founded Delfshaven Coöperatie, a neighborhood cooperative with a local investment fund for the long-term value development of Bospolder Tussendijken, one of the poorest districts of Rotterdam. In partnership with institutional parties and local citizens' groups new initiatives on community building, welfare, work and energy were kickstarted and/or facilitated.
His interest in the healthy city concept led to Robbert becoming a founding member of Stadslab Luchtkwaliteit, a city lab that, with the input from citizens, entrepreneurs and designers, made air pollution visible and tangible. He is also a board member at Bouwkeet, a social makerspace for children aged 10-15, and involved in the Grassroots Business Lab, an incubator for Rotterdam’s Roadmap Next Economy. More recently he co-founded Delfshaven Energie Coöperatie, an energy cooperative that wants to use the energy transition as a lever for social-economic impact.